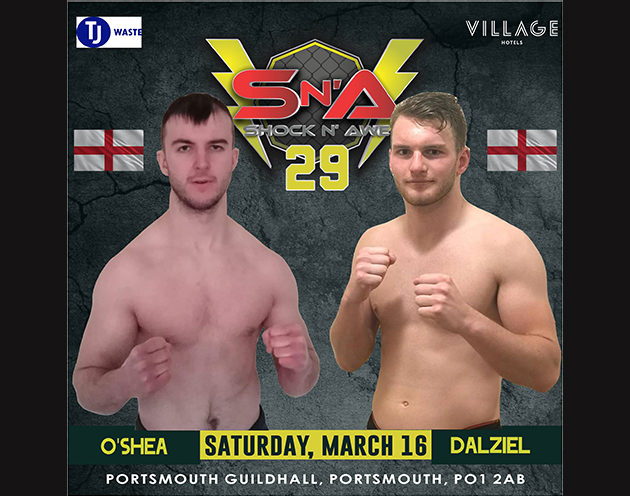 When George Dalziel made his debut last November he simply didn’t get a chance to get started. From the very start he was under pressure from Kye Stevens and although he showed good composure the ref had little choice but to step in mid-way through the first round handing him the loss. That performance earned Kye a title shot but it also showed George exactly what to expect from a really solid opponent. Now he will face Ireland’s Kieran O’Shea who is travelling over to Portsmouth to silence George’s fans once again.

Training out of Samson Martial Arts under the tutelage of Dylan Sheehan, there is no doubt Kieran will be ready to meet the challenge he faces in George Dalziel.

Can George get the win or will the Kieran spoil the party?

Tickets are available at www.shocknawe.co.uk