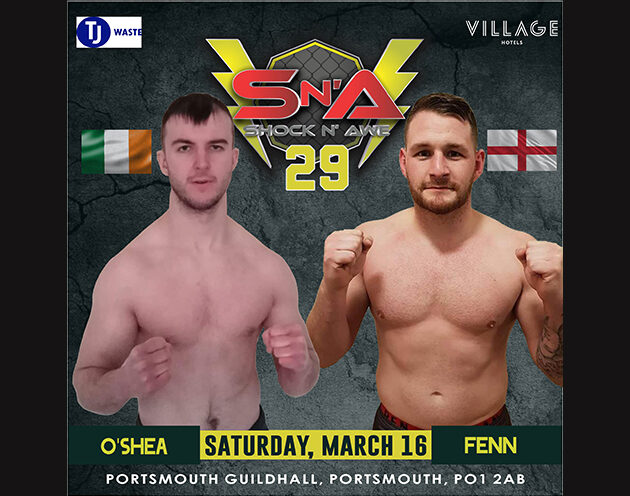 Sadly we received the news of multiple pull outs this Monday and with a little over 2 ½ weeks before Shock n Awe returns to Portsmouth’s historic Guildhall it was time to make some phone calls.

First we found out that George Dalzeil had been involved in a serious accident so had to withdraw from his bout. Only a few hours later his team mate Nick Fenn was left without an opponent when Harrison Teare withdrew having suffered a broken nose in training.

As luck would have it both of these bouts were at welterweight so with a few phone calls we had a fight done and dusted.

Nick Fenn vs Kieran O’Shea is now the match up taking place when the cage door shuts on March 16th.