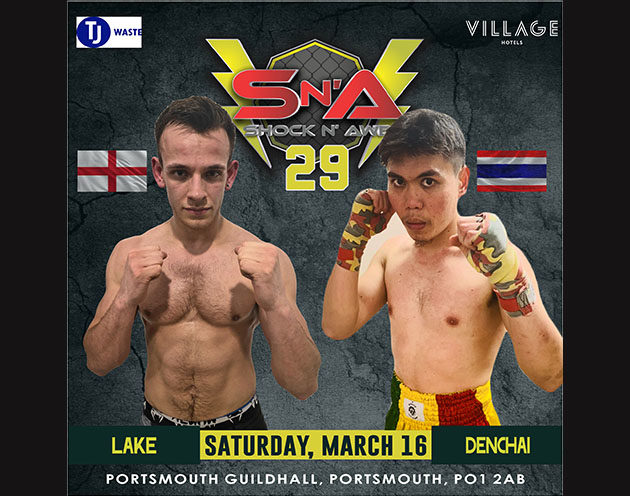 With a huge card of amateur and professional mixed martial arts, with some K1 kickboxing alredy thrown in, it made sense to get a Muay Thai (thai boxing) match up featured as well.

Wassmuffin who feature heavily on this card with four fighters competing in MMA and K1 already were keen to have another of their fighters feature so we sought out to find a match.

Veteran of the Shock N Awe cage, Tarrou Lake, will be stepping up at 4 weeks notice to make his stand up debut. Tarrou is predominantly a grappler but much like his training partner who made his Pro K1 debut at Contenders 4, Tarrou isn’t one to shy away from a challenge.

Across the cage from him will be Soleah Denchai who although orginally from Thailand, has only been training a couple of years and is looking forward to show casing his skills in front of what is looking to be, a sell out crowd.