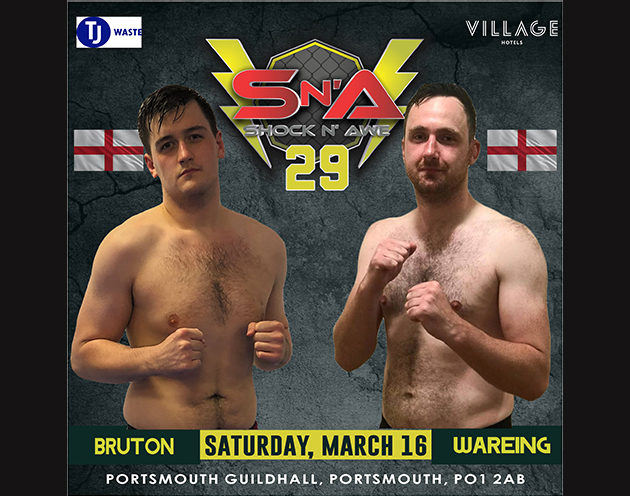 It was a rollercoaster few days for Michael Wareing at the last Shock n Awe event when he saw his opponent pull out at the weigh ins. He still made weigh and travelled to the show to support his team who were still competing that night. More drama was to come when he was able to step in to fight for the amateur title when Seb Gardner was pulled out on medical grounds at the start of the show.
Michael then went on to have a three round war and although he lost the fight on points, he stepped in with a fourteen fight veteran and gave an incredible account of himself.

Also fighting on the same card was Oliver Bruton who blew through his opponent within two minutes of the very first round. He now wants to face a tougher challenge and there’s no doubt we have found one for him.

Enjoy a VIP table with friends which is located on the stage and comes with a buffet during the interval and has it’s own VIP bar.

Tickets are available to purchase HERE.