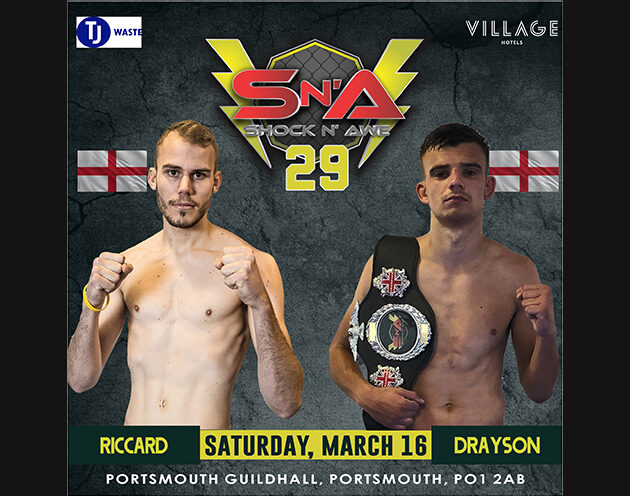 It’s been the end of a difficult week here at Shock n Awe HQ with the news that two more fighters had to withdraw due to injury.

Both Adam Slawson and Sam Green have picked up injuries which could have been disastrous this close to fight day for their respective opponents. Luckily the fact we only work with reputable team’s means when things like this happen there is always a chance things can be salvaged.

These pull outs meant yet again Will Drayson, the reigning Amateur Flyweight champion, was left without an opponent. After some moving around we have managed to secure another top opponent to fill in the slot.
In to take on the champion is Gym 01’s Charlie “The Rash” Riccard.

Charlie was meant to be fighting Billy Clarke on the same night but he is now bumped up to the title fight with his dominant win over Nathan Baciley at Shock N Awe 28, and close decision loss on his pro Kickboxing debut at Contenders last month.

That left Billy Clarke and Nathan Baciley available to match and there we have it.

A big thanks to all the teams involved in these reshuffles and to Nathan Baciley who has taken on a much more experienced opponent to help all involved stay matched up.

Everything happens for a reason and we’re excited to see how these match ups go down as they are arguably better than any of the ones we originally had planned.