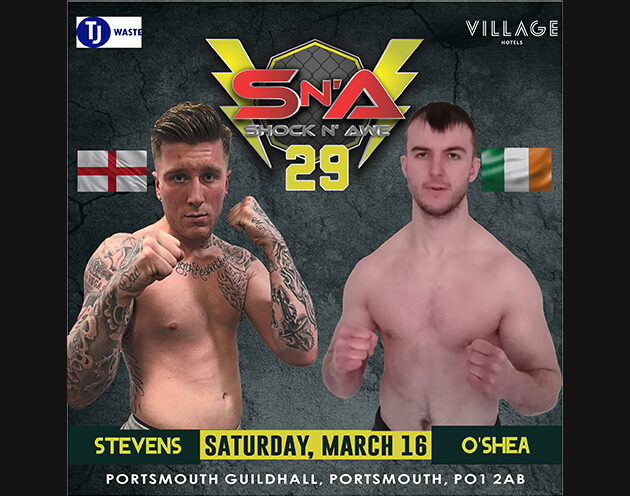 Just when everyone at Shock n Awe HQ thought we were over the pre-show hiccups for the next event we received the news that Mateusz Antoniuk was pulling out of his title fight with Kye Stevens.

After searching up and down the UK we finally found a suitable replacement already on the fight card. Kieran O’Shea who was meant to be facing Nick Fenn at welterweight but he now moves to face Kye Stevens for the belt.

This new fight was only made possible after Gym 01’s Jack Barton stepped up to take the match up with Nick Fenn on six days’ notice. It’s not often you see people stepping up to fight last minute like Jack Barton or willing to take opponent changes so late in the day. A big thanks to all the fighters and coaches involved in making these fights happen.

Tickets are available at www.shocknawe.co.uk