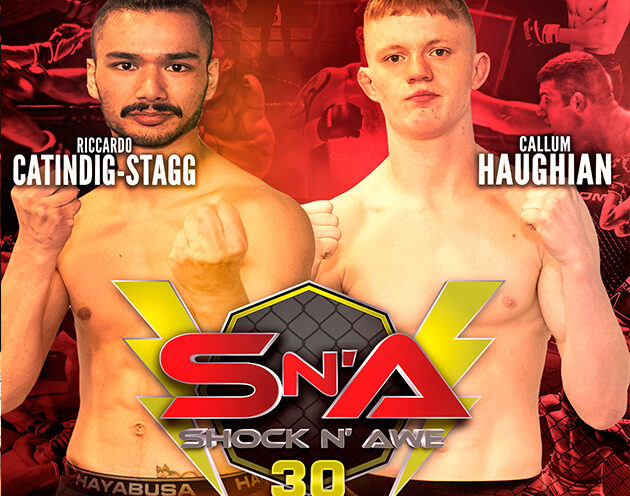 Callum Haughian and Riccardo ‘Rice Champ’ Catindig_Stagg face off on October 19th as Haughian makes the first defence of his Amateur Featherweight strap.

Both of these athletes put on stellar performances in their Shock n Awe debuts in March this year.

The Rice Champ is one of the most humble fighters outside the cage. But when he is under the bright lights and given the opportunity to do what he loves, he shines very bright.

His unorthodox striking style is easy on the eye and it was this that really stood out on his debut. In an exciting back and forth battle the Rice Champ slowly picked his last opponent apart and got the finish earning him his title shot.

Now if the Rice Champs debut was good then Callum Haughian’s was sensational. Callum went to war with unbeaten Zlatomir Emilov in what was potentially fight of the night at Shock N Awe 29. His pressure striking and tricky submission game simply proved too much for his opponent earning him the featherweight title.

Tickets are available now from HERE and are priced as follows.