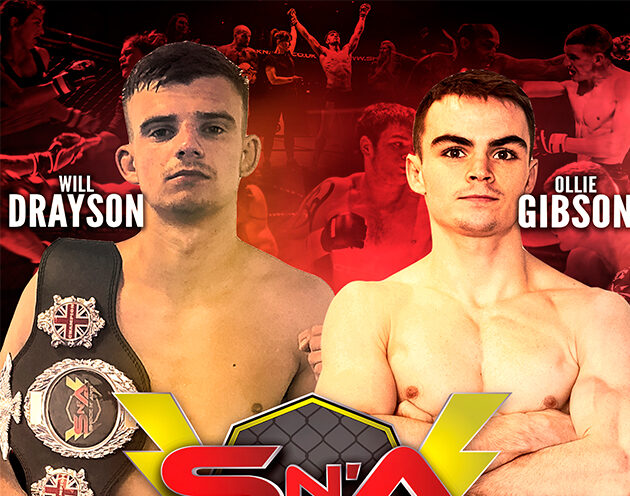 It’s not often you get to match Champion vs Champion on an event. Most fighters want an easy fight. On Shock n Awe you don’t get that luxury.

So it’s fitting that on our 10 year anniversary event we have the chance to make some incredible fights, this being one of them.

Mad Hatters MMA (under Jack Magee) and Mavericks MMA (under Nick Fielding) are on the cusp of producing many of the UK’s top talent and it’s only through their teams taking tough fights that this has happened.

The current Amateur Flyweight Champion Will Drayson asked if he could challenge for the Bantamweight title after his last win at Shock N Awe 29.

That is why he is developing into such a dynamic fighter in such little time.
With a slick ground game, ever improving striking and unshakeable self belief, this young man has everything you need to go far in this sport.

Standing across from him on October 19th will be another local fan favourite and Bantamweight man mountain Ollie Gibson. On the last show Ollie captured the Bantamweight title with a third round stoppage of Owen Kew. Ollie is known as a wrecking machine. His all action style leaves you in no doubt of his intentions once the cage doors shuts.

When you have two fighters of this calibre facing off you know you are going to witness something very special.

Champion vs Champion with their unbeaten Shock n Awe records and Bantamweight title on the line makes for a fight not to be missed.

Tickets are available now from HERE and are priced as follows.

Main Circle Unreserved Seating £45 – On the balcony looking directly at the cage and two massive screens, these have always proved to be the most popular seato

VIP Cageside Table £750 – Seating up to 10 people, with a buffet served during the interval and your own VIP bar it is no wonder these tables are the first to sell out. As it stands, there is only one table remaining so be quick if you want the best seat in the house.