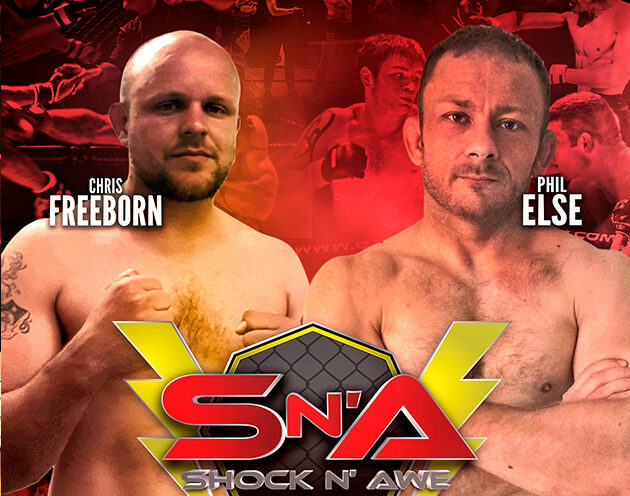 When we started putting the anniversary card together we wanted to headline some fighters from the era that Shock n Awe first started, ten years ago.

This proved slightly more difficult to turn from an idea to reality with many of the people we’d love to showcase having retired. But back when MMA was in its infancy in the UK there was a guy from Gosport willing to fight anyone. He didn’t have a team, he didn’t even have a good coach but he did have a ton of heart and this brought him some incredible wins over fighters like UFC veteran Brad Pickett. On October 19th Chris “The Freak” Freeborn will make his return to the cage after over 10 years away from the sport. He is a little wise and now has a good team and coach. Chris believes he can put on another performance to show what he really is capable of.

His opponent will be another South coast legend in Phil Else. A former top five ranked UK featherweight, Phil has been coaching for many years and has produced some of the best fighters to feature on our cards. After five years away from competition he is looking to capture his second professional Shock n Awe title having held the Featherweight Title which he won at Shock N Awe 12, nearly 7 years ago to the day come October the 19th.

We are very excited to welcome these two UK MMA legends back to the cage at Shock N Awe 30.