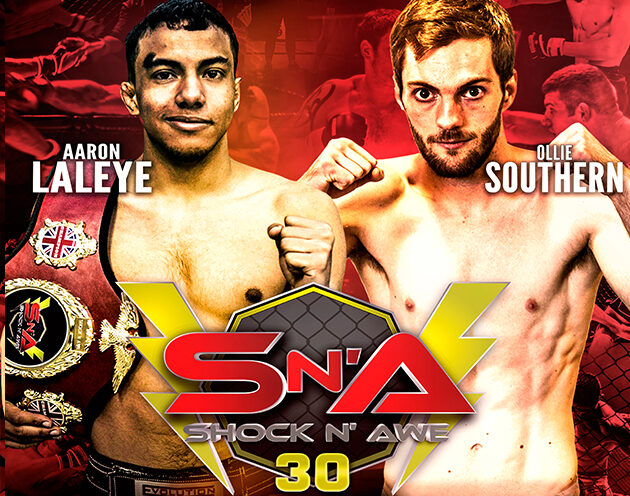 Two Shock n Awe veterans clash when Aaron Laleye faces Ollie Southern in an intriguing flyweight tussle, set to go down at Portsmouth’s Guildhall on October 19th. With a combined 11 Shock N Awe appearances between them, these athletes are no strangers to the top event in the South.

Aaron Laleye is our former amateur flyweight champion, who now rides a two fight win streak after a disappointing start to his professional career, which saw him pick up a couple of losses. That start is well behind him and he is returning to his former hunting ground to face another of the Souths top prospects.

Ollie has never been in a dull fight, and if you’re a fan supporting him, you’ll be familiar with his nail-biting style. Where some fighters may play it safe, often stalling or running the clock down to get the win, this is not something you could say about Ollie. He simply loves to take chances, however it has meant he’s picked up numerous losses in the past and his record does not reflect the performances he inevitability delivers. After a year away to iron out some things, he’s back and raring to get his professional career back underway.

Can Ollie stop Aaron’s recent winning streak? or will it be the Mavericks mans day once again?