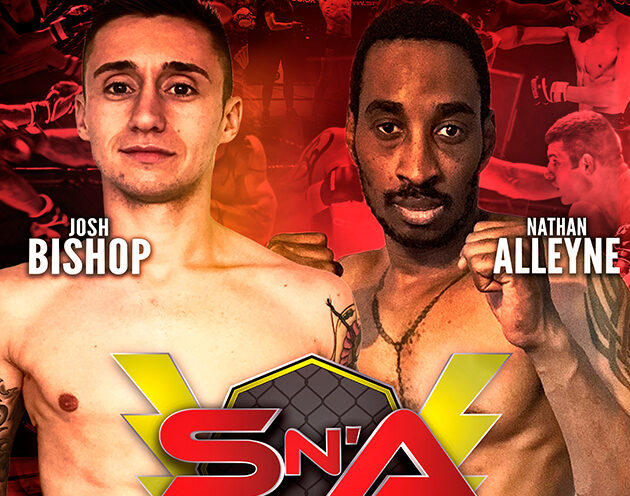 In February this year, Josh Bishop headlined the Shock n Awe  “Contenders” card in a pro K1 bout which ended up being an all-out war against Gym 01’s Charlie “The Rash” Riccard.

Josh’s experience helped him get the win that night and his performance also caught the eyes of the match makers, so a shot on the big show was very likely.

Now Josh is making his MMA debut and hopes to show the all-round skills he has picked up training at Flo Martial Arts.

Facing him will be another fantastic striker in Nathan “Callous” Alleyne who is a former British kickboxing Champion.

After a late pull out at our last event, Nathan was rematched with a Kieran Loveday, a much more experienced fighter and that additional experience helped Loveday gain a first round submission.

This time around, fighting at a more natural weight, Nathan will be looking to put his slick striking on display and take his first win.

Can Josh make it a successful debut or will Nathan come out on top?