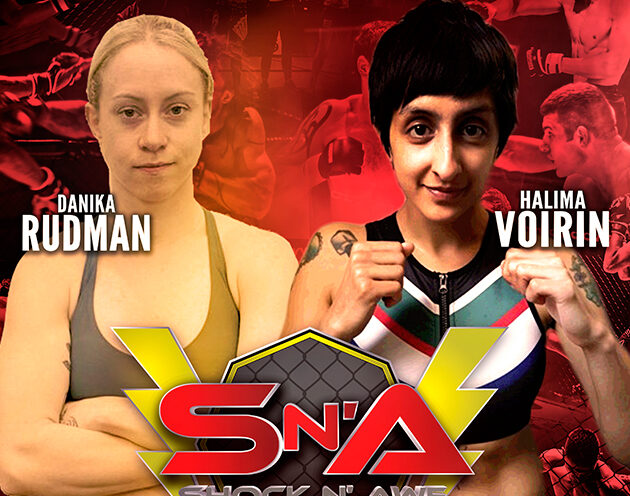 Danika Rudman is no stranger to the Shock N Awe cage. Her last outing at Shock N Awe 28 saw her get the win via TKO over Kathryn Atkinson. That was under amateur MMA rules however and with only one fight and one loss to her record under K1 rules, she wanted some valuable experience and a test.

Meeting her on October 19th from Fire Gym – Reading Muay Thai, Halima Voirin who has a three fight record. With more stand up experience than Danika and no doubt a strong desire to make an impression on her Shock N Awe debut you have to expect a war.

Will Danika be victorious and use her power and aggression again, or will Halima have the dream debut and secure a win over her less experienced opponent?

Side Circle Unreserved Seating £40 – Take a seat on the side circle which is a huge balcony over looking the cage and fighter entrance. LESS THAN 20 TICKETS LEFT.

VIP Cageside Unreserved Seating £75- The front row just a few feet away from the action. With a VIP bar located on the stage amongst the VIP seats and just four VIP tables, these premium seats really are worth the money. 4 TICKETS LEFT.