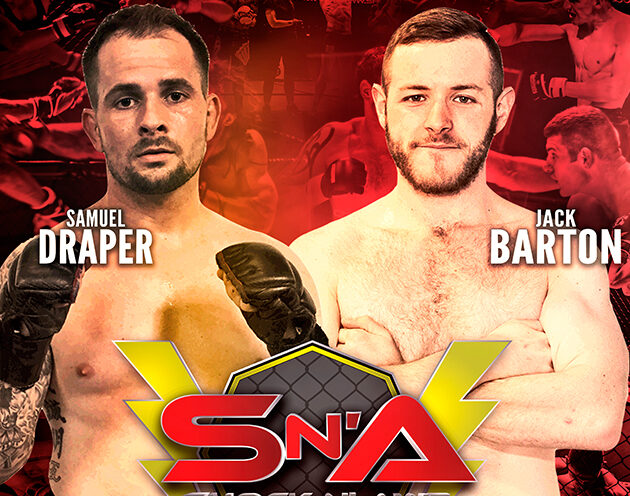 We have an intriguing catch-weight bout scheduled on October 19th when Jack Barton takes on debutant Samuel Draper.

At the last Shock N Awe event Jack Barton stepped up on a weeks’ notice as a late replacement, and that decision gave him the opportunity to get his first win.

That night fortune really did favour the brave.

From the opening bell it was all-out action, and midway through the second round Jack managed to catch his opponent and get the TKO finish much to the delight of his fans.

Come October 19th standing across from him this time around will be Analysis Gym’s Samuel Draper who will be making his full MMA debut. Training under the watchful eye of UFC veteran Tom “Kong” Watson, there is no doubt Samuel will be feeling confident in his ability to tackle any potential challenges.

Will it be the dream debut for Samuel or will Jack make it two in a row?