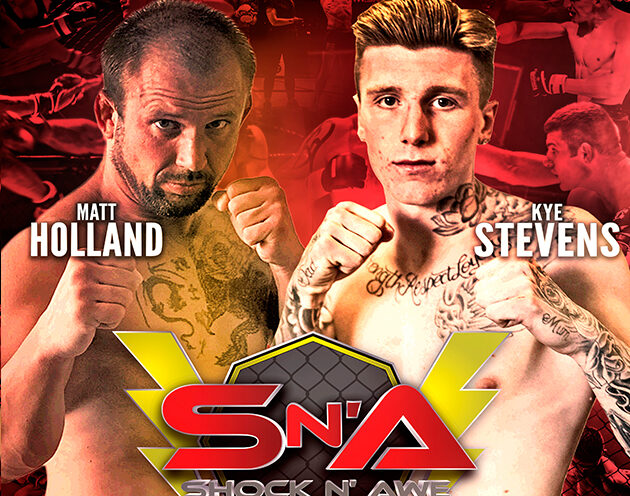 The Shock n Awe 30 anniversary event was supposed to have all of the amateur titles up for grabs but there was one fighter who has proved to be impossible to match. We dropped Kye Stevens’ name into the conversation with each possible opponent but there were simply no takers. Match maker Brian Adams contacted over TWENTY top ranked fighters for whatever reason, it proved fruitless.

Kye has been a man on a mission over the past twelve months, knocking out his previous five opponents in highlight reel fashion. His aggressive style has made him a real Shock N Awe fan favourite. This kill or be killed style will surely be contributing to his lack of willing opponents.

With no takers for the amateur belt, we will instead get to see Kye’s professional debut.

Not one to take an easy fight he will be taking on a 10 fight veteran in Matt Holland from Genesis gym.

Matt made his debut in 2012, and in the past has been in with some top UK welterweights so will surely have an advantage when it comes to his all-round MMA experience. Add in Matt’s slick jiu jitsu skills and heavy hands, he is certainly not turning up to make up the numbers. Training alongside Phil Else (who is one half of the main event), his team believe he will be ready to face anything Kye Stevens will bring to the cage.

Can Matt Holland upset the party or will Kye Stevens get the finish and make it a dream debut for the home town crowd?