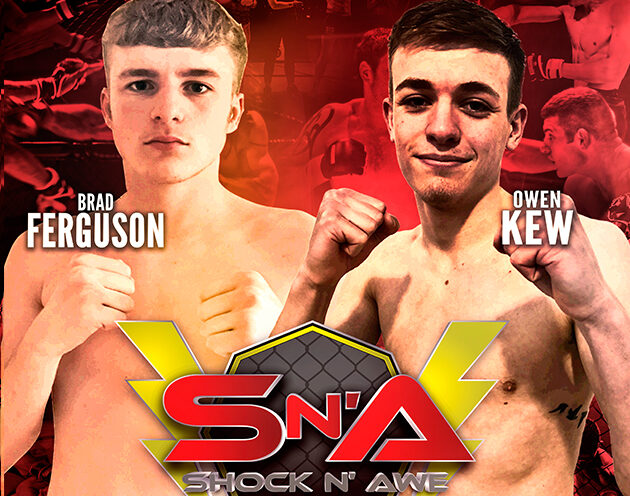 We are excited to announce what looks to be a real barnstormer of a match up between Gym 01’s Owen Kew and MMAX stand out Brad Ferguson.

Both of these young men have been competing against solid opposition over the last year. Their willingness to gain experience in the amateur ranks shows that they already have their sights set at a much higher level.

Sadly we often see fighters with inflated records because they never take risks or put themselves in fights they don’t have some sort of advantage in.

Anyone that knows this sport, they will know of many fighters with incredible amateur records that fall flat as soon as they hit the professional ranks. If you build your foundations on something solid it will bear fruit, and it’s clear to see both Owen Kew and Brad Ferguson have this approach in mind.

With solid striking and a tricky submission arsenal coming from each side, it will be interesting to see who can take the win. It’s safe to say regardless of the result, both of these fighters will take positives away and take one step closer to their end goals.

Side Circle Unreserved Seating £40 – Take a seat on the side circle which is a huge balcony over looking the cage and fighter entrance. LESS THAN 20 TICKETS LEFT.

VIP Cageside Unreserved Seating £75- The front row just a few feet away from the action. With a VIP bar located on the stage amongst the VIP seats and just four VIP tables, these premium seats really are worth the money. 4 TICKETS LEFT.