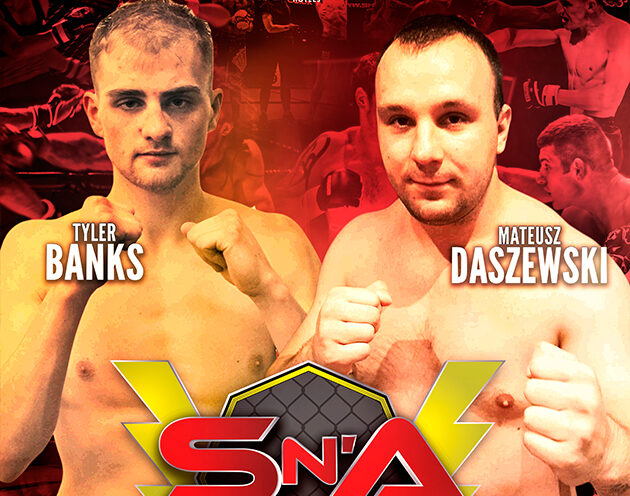 The amateur mixed martial arts scene along the South Coast has produced some unbelievable talents in the past, and there are whispers from Andover that another talent has been unearthed.

Tyler Banks may only be two fights into his MMA career but his team believe he has the potential to make it to the highest levels of the sport.

He made his debut on the Shock n Awe Contenders event and was involved in a real classic against Jack Barton. That decision win earned him a shot on the big show and his performance there showed he has a ton of potential.

Taking on a seasoned striker that night, Tyler ground out a gritty unanimous decision that showed how much he wanted the win.

Next up for Tyler is Poland’s Mateusz Daszewski who now trains out of Exile MMA in Southampton.

This three fight veteran will be looking to stop the hype train and make his Shock N Awe debut one to remember. Can Mateusz silence the Andover fans or will Tyler get his first finish and make their journey back down the M3 a happy one?