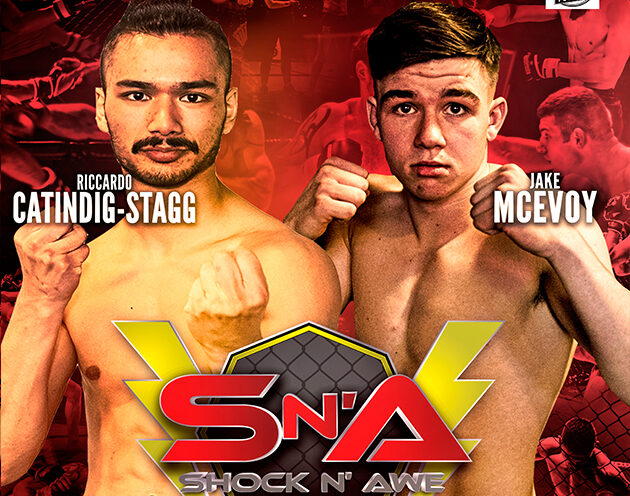 Opening up the show on October 19th will be two first timers who recently competed at an interclub run in Portsmouth at Gym 01.

Cameron Hale and Eugene McIntyre both caught the eye of the match makers at Shock N Awe and this gave all the coaches involved a good chance to see these athletes up close and make this bout possible.

A step up from the local “friendly” interclub scene, they now get the opportunity to make their official amateur MMA debuts on an historic fight card.

We also have a change to make to the main card with Jake McEvoy replacing Callum Haughian in the amateur featherweight title fight against Riccardo Catindig-Stagg.

Both of these incredible fighters have solid striking so it will be nail biting stuff seeing who comes out on top.

Can Jake take the belt and give Riccardo his first taste of defeat or will Riccardo make it three in a row, along with becoming the new featherweight Champion?

Either way, a new amateur Featherweight champion will be crowned!