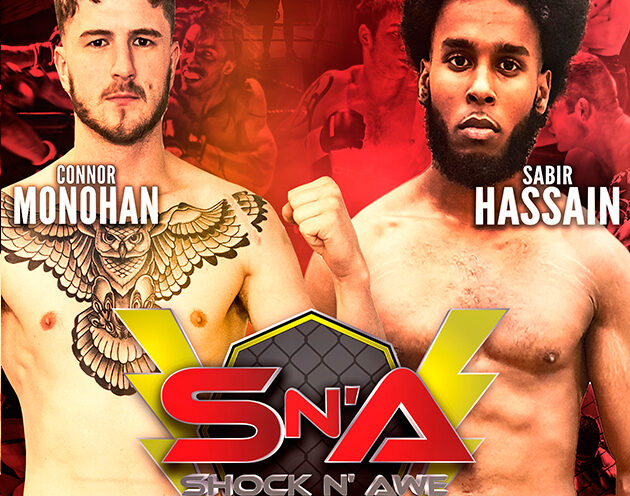 The fights just keep coming and this next one is set to be a cracker.

At Shock N Awe 29 Connor Monahan made his MMA debut and although he lost the bout it was non stop action, however, it did show that at the moment he is a little undersized for the featherweight division. A drop to bantamweight is next up for the Flo Martial Arts fighter when he returns to the cage on October 19th.

We saw glimpses of Connor’s deft striking throughout his debut but it will be interesting to see if the lower weight class will allow him the freedom to use these skills a little more.

Facing him will be Revolution Martial Arts stand out Sabir Hassain who is looking to keep his unbeaten MMA record when he makes his Shock N Awe debut.

Although Sabir has a grappling skill, it’s the young man’s striking that really stands out. With 4 amateur boxing bouts to his name, there is no doubt he will be looking to throw hands to stop Connor in highlight reel fashion.

Can Connor make this new weight class his home and bring his first win or will Sabir show there is a new challenger in the bantamweight division?