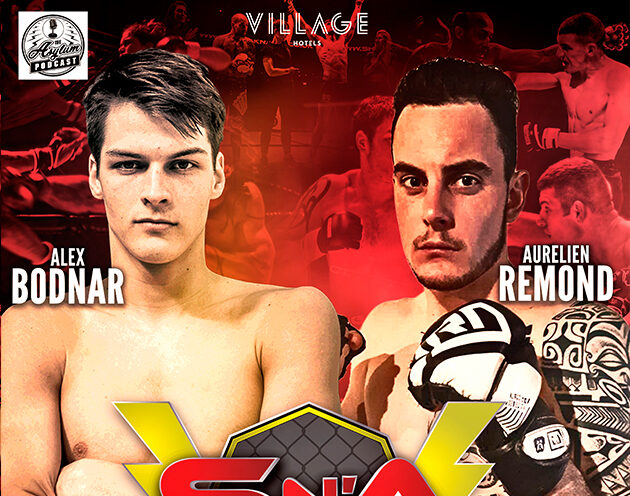 We are excited to release a professional featherweight match up between Bulgarian Top Team prospect Aurelien Remond and Gym 01 stand out Alex Bodnar.

Both of these incredible athletes hold identical unblemished records and each will be looking to extend their win streaks to three on October 19th.

Frenchman Aurelien Remond is a man who has a ton of hype behind him. After turning professional three years ago he took time out to focus on his skill set and he returned to the cage earlier this year when he scored a knockout victory.

That win was in the UK and it afforded Aurelien the experience of silencing the home crowd. The question is can he do it again?

Facing him that night is another man looking to go far in this sport.
Last time out Alex Bodnar snapped another Frenchman’s win streak when he submitted Maxime Giacalone who was 5.1.0. at the time.

So now we get to re-run Slovakia vs France to see who will keep their unbeaten record and move a step closer to a u145lbs title shot next year.

This is a potential fight of the night so make sure you get to witness it LIVE!