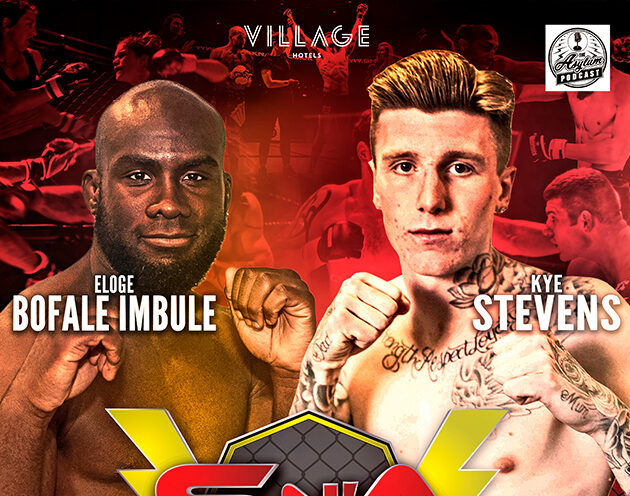 On October 19th, those at the Guildhall in Portsmouth are going to witness something special.

Last week we received news that Kye Steven’s original opponent had withdrawn from the bout, so we were once again looking for a solid opponent to step up and face the Portsmouth knock out specialist.

Never one to shy away from a test Kye had given us strict instructions that he wanted a real opponent on his Pro MMA debut to help him develop as fast as possible.

We looked long and hard but as Kye is coming off 6 consecutive KO/TKO wins, sadly many of the people we contacted were unavailable.

After lots of searching, we found the perfect match up in unbeaten French knock out specialist Bofale Eloge Imbula. He will be returning to try and silence the home fans once again.

We saw the Frenchman in March where he won via TKO in just 2-0 seconds over the then undefeated Gwyn Barry. Bofale will now be dropping from middleweight to take on Kye at Welterweight.

Can Kye Stevens make it seven finishes in a row or will the Frenchman spoil the party once again?