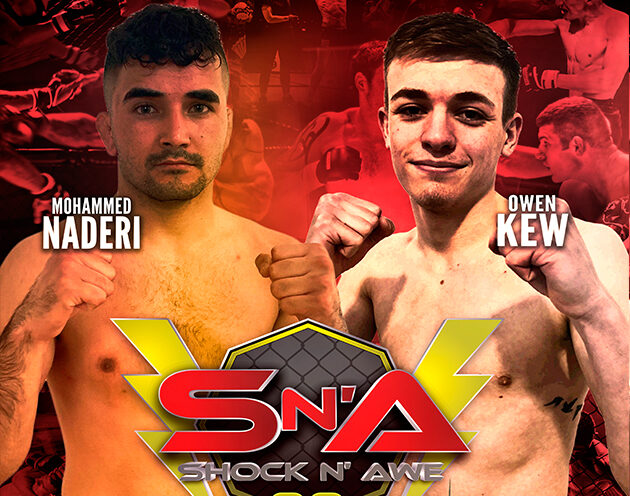 There is never a good time to get a pull out when you are getting close to fight day.

Sadly, Brad Ferguson let us know he was withdrawing from his bout against Owen Kew for personal reasons so with nine days left it was time to make some phone calls.

Fast forward to ten hours later and we had a fight locked and loaded. Stepping into the breach is Sweden’s Mohammed Naderi who now fights out of Southampton’s Exile MMA. This young man has a strong wrestling background and a Brazilian Jiu-Jitsu blue belt to compliment it so there is no doubt he will have the skills to test Portsmouth’s own Owen Kew.

Owen may have only been training a little over two years but in that time he has grabbed every chance to gain experience and he believes that will be the key to winning this fight.

Fresh off the back of his first submission victory we have seen Owen improve over his Shock N Awe appearances. There is newfound confidence coming from the Gym 01 prospect which he will need to draw upon when the steps into the cage to face Naderi.

Can Owen keep the fight standing and test Mohammed’s cardio or will it be the perfect debut for the Southampton man on route to a debut win?