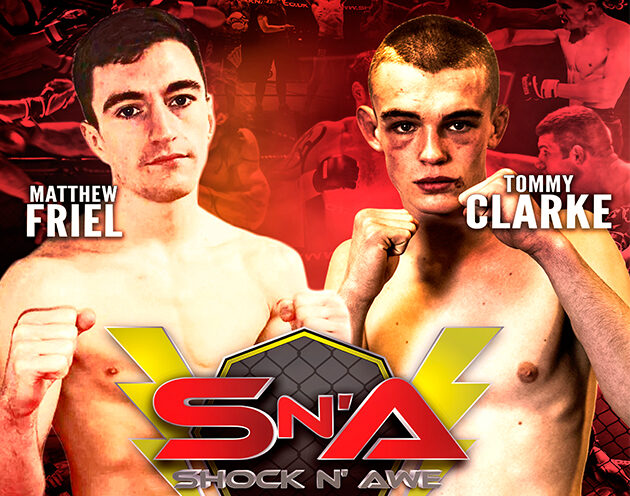 As any fight card edges closer there are always pull outs to turn a match makers day into a nightmare. Inevitably we had three pull outs over the past week. After scouring the UK and Europe we have managed to secure three new opponents for those affected.

Firstly, we got the news that Henry Grimble had to withdraw with an injury leaving the amateur lightweight title bout in jeopardy. This was a real disappointment as this fight really had the makings of a classic. So in steps Wassmuffins Leon Staddon who is looking to take this opportunity with both hands. He will be facing Gym 01’s undefeated challenger Dale Hoare in a bout that surely sees Leon as the underdog coming into this fight. Leon recently won his last fight by knock out so there is no doubt he has the ability to upset the home town favourite and take the belt back to Bournemouth.

Can Leon silence the home fans or will Dale be crowned champion?

The next hiccup was the withdrawal of Charlie “The Rash” Riccard in his fight against Tommy “The Cheese” Clarke. Over the past few weeks, Charlie had been ill and the decision was made to look for a replacement over waiting and possibly losing the time to do so and therefore risking Tommy Clarke not getting a match. We offered Tommy’s team three tough fights and to their credit, they went for the toughest of the three.

Flying in from Ireland is UK top five Matthew Friel who holds a 6.1.0 record and a host of other accolades. Matthew is a multiple Irish Brazilian Jiu Jitsu champion, Akuma and Cage Warriors flyweight champion who will not be coming over to simply make up the numbers. As the Shock n Awe fans know, “The Cheese” is one of the most dangerous flyweights in the division and he knows a win over a solid opponent like Friel will catapult him into a position where he can start considering the professional ranks.

This fight has the potential for fight of the night and the winner will easily position themselves close to the summit of the UK’s amateur flyweight rankings.

Lastly, we received the news (yesterday) that Revolution Martial Arts stand out John McFadyen was withdrawing from his bout against James Kedra. This fight really will be missed but knowing how hard James has worked in his camp we really wanted to make sure those efforts were not wasted.

Stepping into the void is ARBJJ prospect Fergal Shivers who is looking to step in late and look to gate crash the party. Training under BJJ Black Belts Jay Butler and Andy Roberts, there is no doubt his grappling will be very strong.

Will Fergal’s grappling be enough to overcome James’s experience or will the Welshman be positioning himself into title contention when the dust settles? We can’t wait to find out.