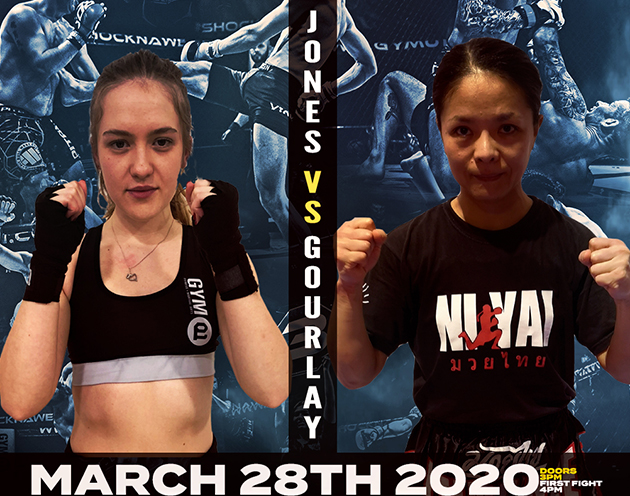 Emmeline Jones is no stranger to Shock N Awe having made her debut on Contenders and eventually making her way on to the big shows.

One problem with Em is her weight, walking around at well under 50kg she has fought between 10 and 15% above her weight division leaving her on the wrong end of a decision on her 3 outings so far.

Finding an opponent her weight was one thing, but to find an opponent who has had exactly the same struggles was something we were lucky enough to do.

Christian Di Paolo contacted us as we searched for a 45kg adult female and he returned with the exact same problem with his fighter Shan Lin Gourlay who has come up short on her decisions having to give away considerable weight advantages to her previous two opponents as well.

We are looking forward to seeing both of these ladies show case their skills in their correct weight division for the first time. You know they will both be excited to compete against someone their own size for the first time and one of them will walk away with a well earned win on their record.