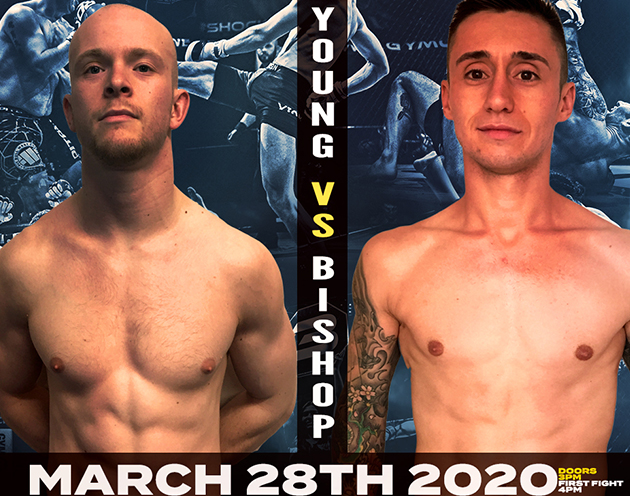 The flyweight division is set to see another amateur contender emerge when Brendan Young faces Josh Bishop on March 28th.

Both of these fighters have been around combat sports for a few years now and the winner of this fight will certainly put their names into contention for a title shot later this year.

Last February Josh Bishop fought Pro K1 on our amateur contenders show against Charlie Riccard where he took a decision win and extended his K1 record to 5.1.0. Then at Shock N Awe 30, he made a real statement in his MMA debut with a slick submission in under a minute.

But standing across from him next is a very different proposition in Fighting Tigers prospect Brendan Young. This young athlete may have only three bouts to his name but he has a wealth of knowledge and will be a real step up in competition for Josh. Will Josh keep his unbeaten record or will Brendan make a real statement on his Shock N Awe debut and spoil the Plymouth man’s party.