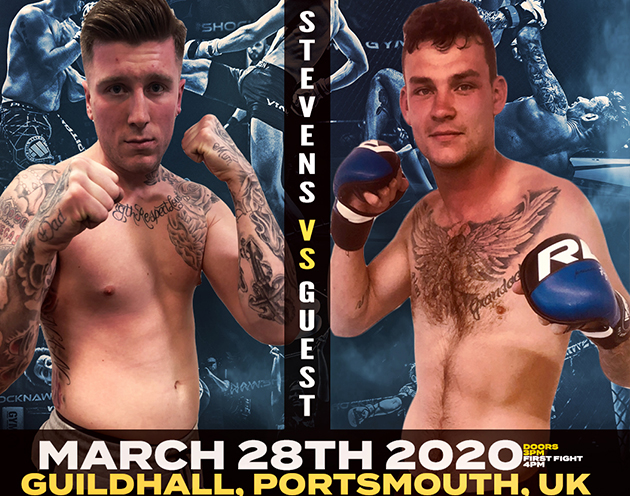 When Kye Stevens is booked to fight you know you are going to see violence from the beginning of the fight until it’s clinical ending.

His live by the sword, die by the sword style has seen him fast become one of the South’s most popular fighters albeit one that is very difficult to match.

After picking up his first professional loss on another event, Kye has made the decision to drop down to lightweight. Kye rarely cut weight in the amateur ranks, but it was clear in his last fight that he was just too small for the welterweight division and moving into the pro ranks required a drop in divisions.

With March 28th booked, we set about looking to match Kye, initially without much success. Lots of top teams enquired but then nothing came back until Xion MMA’s Michael D’Aguiar made contact with the perfect match.

Stepping up to face Kye is K1 and Muay Thai specialist Charlie Guest who has now made the transition over to MMA. Charlie holds an impressive record consisting of nearly 40 fights with 24 wins. He has fought a who’s who of fighters around the globe including an appearance at Madison Square Gardens in New York.

What more could you want from a match up?