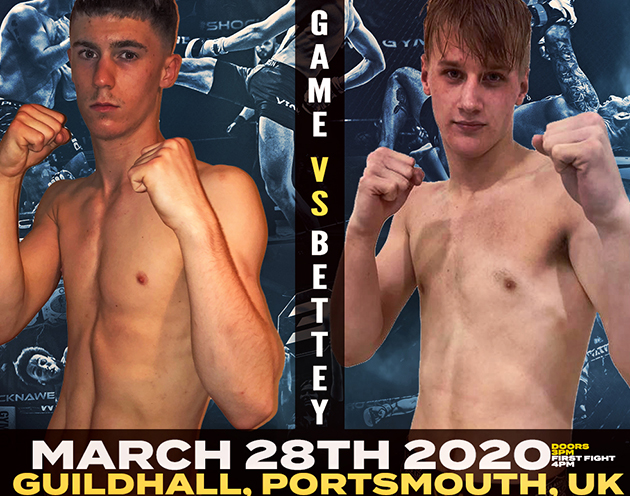 When Danny Bettey faced off against Jacob Tribe at Shock n Awe 29 we saw non-stop action from start to finish with the Portsmouth based fighter getting the nod from the judges.

That bout was a potential fight of the night and it should have been the springboard for Danny to start his career. Fast forward to today and long absences from the gym (before and since that fight) have made it impossible for Danny to get anywhere near ready to compete again.

Now Danny is more settled he is now looking to get back to the sport he loves and ahead of him is another stern test in Andy Roberts BJJ stand out Adam Game.

At the last event, Adam showed he was simply too good for his opponent by controlling most of the fight and securing what was a simple win for him in the end.

Adam showed a slick ground game and he will be looking to impose this and silence the home crowd in the process.

Can Adam Game keep his unblemished record or will it be the perfect return for Danny Bettey in front of the home fans?