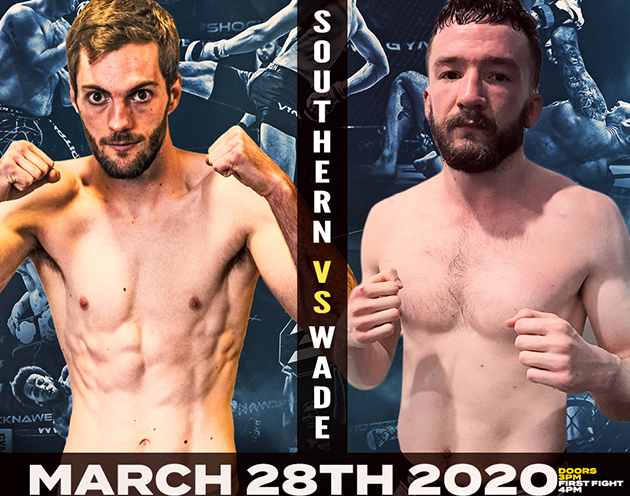 Mixed martial arts can often be a very cruel mistress. Mark Wade had a stellar amateur career, he picked up multiple titles including the Shock n Awe Flyweight belt and it looked as though he would transition to the pro ranks really well. Four fights later he is still looking to pick up that first win.

Although he has come up short he has always been in exciting fights and sometimes the tiniest of mistakes have ended up costing him. Now training back under his former coach who guided him to so much success (Phil Else) at Genesis martial arts, Mark and his new camp believe his talent will see him pick up his first win on March 28th.

Facing him will be Gym 01’s Ollie Southern who is coming off a fantastic win over former amateur champion Aaron Laleye. Now brimming with confidence, Ollie believes he has the tools to take out some solid opponents in 2020, starting with Mark Wade.

Ollie has a smothering style that can frustrate an opponent and he will be looking to drag Mark into deep waters and build on the momentum he gained from his last outing in the Shock n Awe cage.

Can Mark Wade finally show his full ability and get that first professional win or will Ollie show he is just too good?