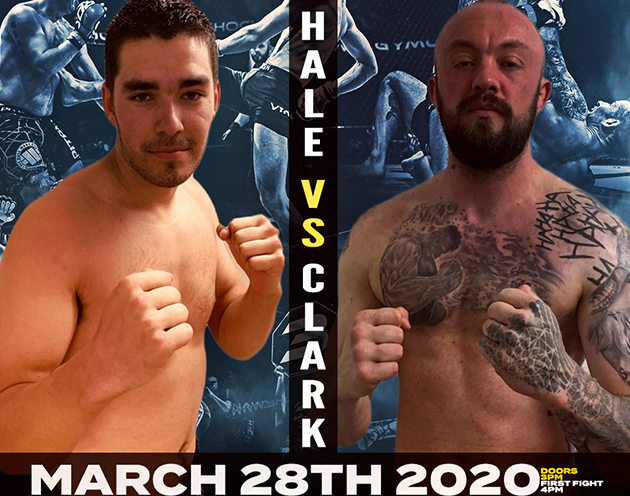 It was a rollercoaster build-up to Cameron Hale’s MMA debut at Shock N Awe 30 when he had a pull out on fight week. Luckily we saw Gym 01’s Charlie Hatton step up on three days notice after two weeks in Ibiza for his birthday (legend) to save the day.

The fight itself was thrilling from the first bell with Hatton going for broke but Cameron kept his composure, he dropped Hatton with a beautiful shot and followed up with a slick submission win. Now Cameron faces Shock N Awe debutante Mike Clarke in what looks like a perfect match on paper.

Both are undefeated, both have heavy hands and that normally is the perfect ingredient’s to make a fight. The question is who will be staying unbeaten when the dust settles on March 28th?

VIP Cageside Unreserved Seating £75 (SOLD OUT) – The front row just a few feet away from the action. With a VIP bar located on the stage amongst the VIP seats and just four VIP tables, these premium seats really are worth the money.