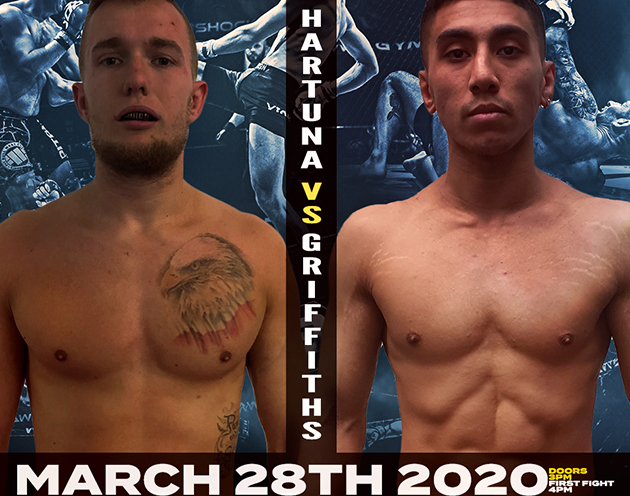 It’s been a difficult start to Rinchen Griffith’s MMA career so far with him picking up two losses in a row. On the face of it, you could be forgiven for thinking Rinchen may have nothing to take from those defeats, but when you look deeper you can see many positives from those fights.

First, he lost a split decision against a tough international fighter, then a decision against a more experienced opponent. Those six full rounds will have given both Rinchen and his team lots to work on and there’s no doubt he will be the very best he has been when he makes his Shock n Awe debut on March 28th.

Facing him will be Lukasz Hartuna who is fighting out of Plymouth by way of Poland. Lukasz is also in search of his first win and what better place to do it than on the South’s top MMA event.

Who will earn that first win and make their Shock n Awe debut one to remember and who goes back to the drawing board?

VIP Cageside Unreserved Seating £75 – SOLD OUT – The front row just a few feet away from the action. With a VIP bar located on the stage amongst the VIP seats and just four VIP tables, these premium seats really are worth the money.