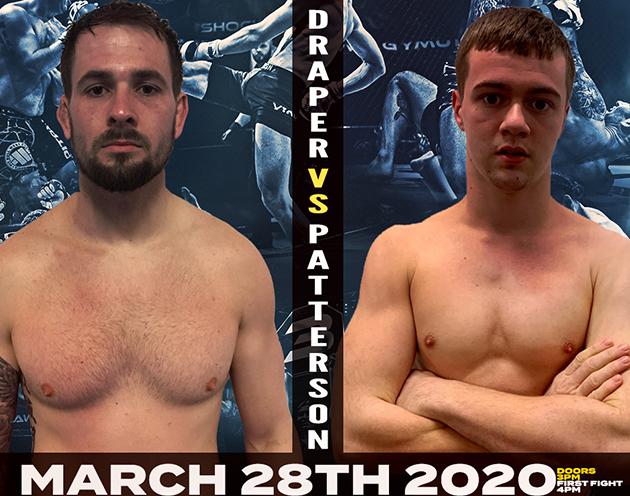 How you cope with a setback and what you do afterwards is really what a coach wants to see from a fighter. When Samuel Draper made his MMA debut at our last event he was simply edged out by the better man on the night. His opponent managed to control the fight from start to finish on route to a unanimous decision win. But that doesn’t tell the whole story. Samuel Draper did not stop fighting for all three rounds, he listened well to his coaches and although he lost the fight he must have taken many positives away from the whole experience. From there he went and picked up a win on another event and is now dropping a weight division to make his Shock n Awe return. That is exactly what you want to see from a fighter who suffers a setback.

Facing Samuel next is Exile MMA’s, Connor Patterson. Connor may well be making his MMA debut but he will not be coming to make up the numbers. This young man possesses a slick striking game and an ever-improving MMA brain and his coaches have a real belief that Connor can go far in this sport and that March 28th is just the first step in that journey. Can Connor make a perfect debut or will Samuel’s experience prove too much to handle? We can’t wait to find out.