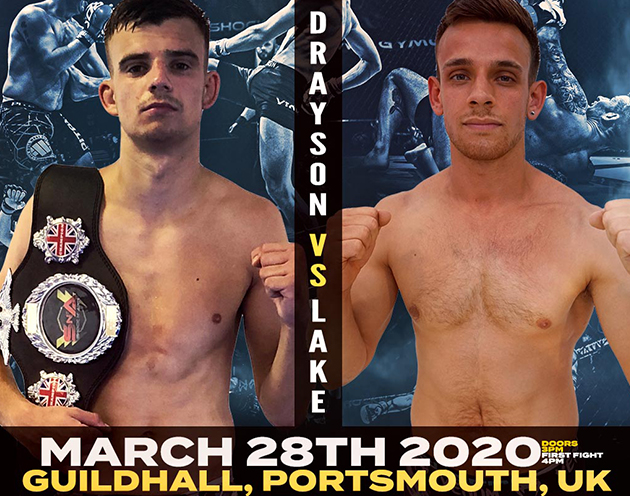 The two-time champ is back! Mavericks’ Martial Arts stand out Will Drayson is exactly the definition of a fighter that could go far. Ever since he made his amateur debut on one of the Shock N Awe Contenders’ cards, he has constantly improved. His team has helped him to develop in all areas and mold him into a very dangerous fighter. That’s not even the most exciting thing about Will Drayson he will honestly fight ANYONE.

Now with a change of opponent, he is set to face Gym 01’s Tarrou Lake in a mouth-watering match up. “Taz” will face Will Drayson knowing he has the chance to upset the odds and show that his fast submission loss last time out was just a blip.

One thing about Taz is he is always in exciting fights and with an opponent like Drayson to push him this could very well be a fight of the night contender.