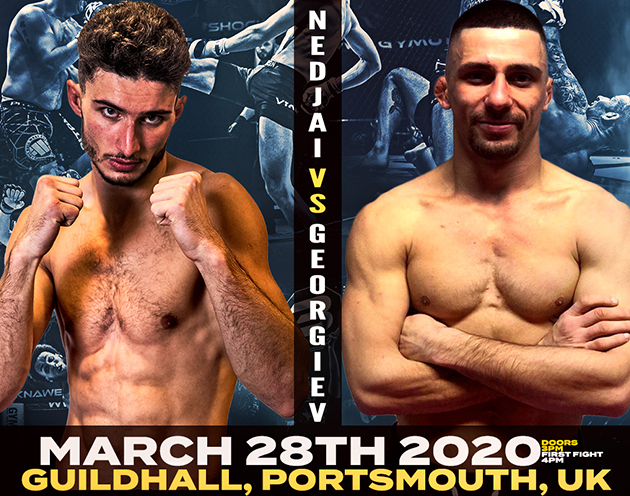 What does your dream mixed martial arts debut look like? Whatever it is, it’s still not likely to match how Noredine Nedjai moved into the professional game.

Two fights in one night, two slick submissions against solid opposition in a combined total of one minute and thirty seconds and the Shock n Awe lightweight title as the cherry on the top. Noredine was simply unstoppable that night.

Next up for the Gym 01 prospect is a drop back down to his natural weight division where he takes on the World’s number one ranked amateur featherweight and two-time IMMAF world champion Delyan Georgiev.

The Bulgarian Top Team star amassed an astounding amateur record of 28.1.0. and is hotly tipped to be one of the top prospects in European MMA right now.

With Delyan’s excellent wrestling base and heavy hands, his team has found it near impossible to get him a match since looking to turn professional almost six months ago.

So up steps Noredine and Delyan gets the debut he has been craving on March 28th.

Can Delyan make his debut one to remember or will Noredine de-rail the hype train and show he really is the real deal?