Like most promoters we want our main card, particularly the top of the bill to feature some of the best talent before they head off to bigger international events. Our main event featuring Elliott Hoye versus Luis Gonzalez is exactly that and we cannot wait to see these two future stars collide on April the 23rd. 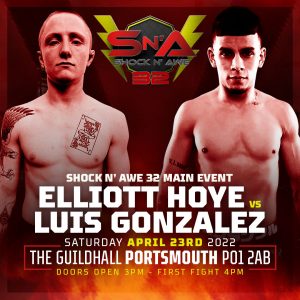 For a fight to sit under it in the co-main event slot we knew it would have to be a big one, and it is.

Kye Stevens quite literally bulldozed his way through the amateur ranks with 7 wins all coming via KO or TKO,. Since turning pro he has picked up two further wins both via decision, and one loss. After he headlined Shock N Awe 31.5 where he faced Muay Thai expert Charlie Guest, and after a near 2 year break in competition he seemed to have took the weight of the main event slot, and calibre of opponent in his stride. Now he faces his toughest test to date.

Owner of Supreme Fitness Centre in Poole and veteran of over 40 fights, Jordan Miller has fought the who’s who of fighters and travelled far and wide fighting on nearly every top promotion in the UK. With a huge array of experience and the ability to win the fight anywhere Jordan is certainly going to be the young up and comers toughest test to date. 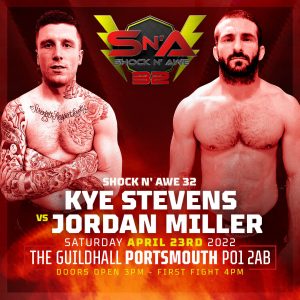 Click here to secure your tickets. With VIP Platinum Tables SOLD OUT and all other VIP seating 75% SOLD OUT do not leave it too late to purchase yours. 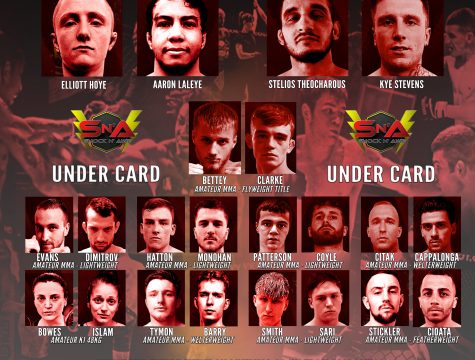