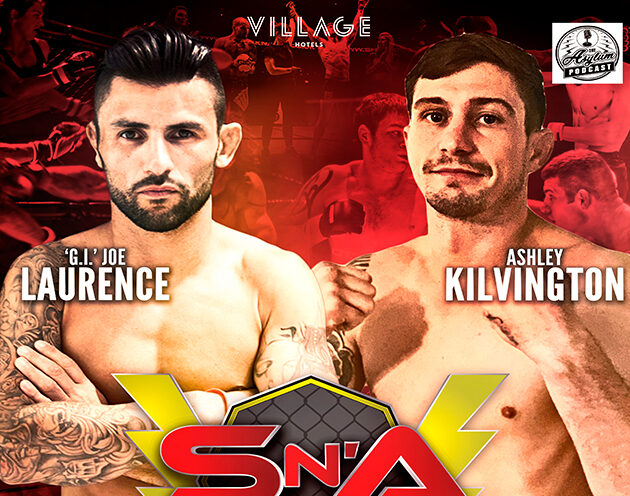 It’s been a stressful weekend at the Shock n Awe HQ with the news that Mike D’Aguiar has had to withdraw from his bout with South Coast legend “G.I.” Joe Laurence next weekend.

Sadly, for Mike, he just can’t seem to catch a break in fight camp with this being the third time he has been struck with injuries in the lead up to his last three proposed bouts.

Everyone at Shock N Awe wishes him a speedy recovery. With that bombshell, we were left looking for a suitable opponent that would be willing to step up on 11 days’ notice. After hundreds of phone calls and messages, we are pleased to announce that local fan favourite Ashley Kilvington will be stepping in to take on Joe in his professional debut.

Well known to the South Coast MMA fans, there is no doubt we have found another exciting clash. Just when everything seemed to be heading in the wrong direction.

We are very lucky Ashley was just starting a fight camp for a bout he has scheduled in late November. Knowing Ash is always in good physical condition, it was this that has enabled him to take this opportunity to get on our biggest event to date.

Making this fight shows just what both of these guys are all about. Joe takes on a tough up and comer on short notice after coming out of retirement and Ash steps up against a dangerous veteran on 11 days’ notice.

Take a bow guys, this is what the fight game is all about.